Circular economy agenda to be given thrust during G20 presidency: Amitabh Kant 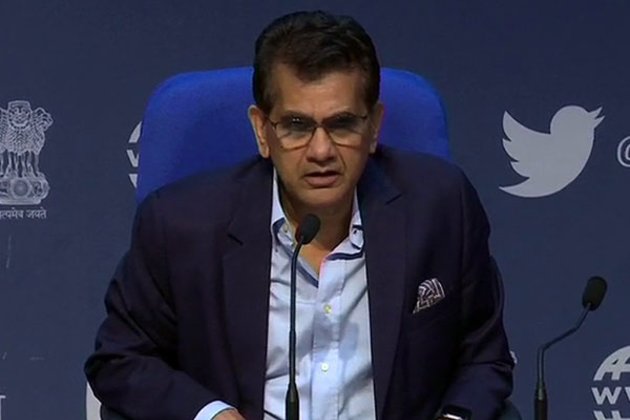 New Delhi [India], November 24 (ANI): Emphasising on Sustainable Development Goals, India's G20 Sherpa Amitabh Kant on Thursday said that the long-term low-emission development strategy by India for achieving the climate goals and the need for sustainable production, highlights that we look at alternative paradigms of production and consumption to achieve sustainable material and wellbeing of society.

Addressing the sixth edition of FICCI Circular Economy Symposium 2022, Kant said that, today a higher level of awareness is present in government, institutions and corporates, regarding circular economy. "During our G20 presidency, we will lay huge emphasis in providing thrust to circular economy agenda for developing consensus on key issues. G20 provides opportunities by accelerating circular transition and FICCI will need to play the effective role in very many deliberations under G20," he emphasised.

The circular economy is a systems solution framework that tackles global challenges like climate change, biodiversity loss, waste, and pollution.

Kant further stated that transitioning to a fully circular economy within a generation will require urgent and large-scale action from all parts of society. Circular economy is necessary for climate change and a huge amount of cross-sectoral collaboration is critical to facilitate circular economy. "We ensure that regulations do not become burdensome that there are cross-cutting issues which will be identified and resolved. We will promote it through business models and startups and create a business model of circular economy. It has to be a part of innovation, part of the business model that everything we produce becomes an input into another thing that we produce, therefore there are backward and forward linkages," he added.

Kant stated that the Ministry of Environment and Forests in 2022 introduced Extended Producers Responsibility for used tires, batteries, revised rules for e-wastes and plastics. The scrapping policy for end of life of vehicles with the enabling framework is in place now and there is extended producer responsibility in several other additional sectors will soon be finalised, he added.

He emphasised that climate change and material use are closely linked as circular economy strategies ultimately prioritise material value retention and cut excess consumption; they can be extremely effective in cutting greenhouse gas emissions, stated Kant.

He further said that FICCI is now closely working with NITI Aayog, European Union and other industry partners to develop a 'Unified National Circularity Measurement framework' for standardised benchmarking and reporting. The proposed framework intended for India's Circular Economy measurement can be adopted by other emerging economies as well, Kant said.

Michael Bucki, Counsellor and Head of Section for Sustainable Modernization, Delegation of the European Union of India, said that circular economy can play the role as an enabler to boost productivity and save cost, energy and greenhouse emission. More efficient digital business models can strengthen domestic capacities and deliver sustainable solutions for the globe, he added.

Amit Sinha, Chair, FICCI National CE Committee and President for Group Strategy, MahindraMahindra, said that circular economy is the key bridge between economic growth and resource consumption. While circular economy has been in discussion but now, more than ever, there is a clear, economic rational business opportunity is getting created, he added.

Naresh Tyagi, Co-Chair, FICCI National CE Committee and Chief Sustainability Officer, Aditya Birla Fashion and Retail, said that circular economy is the new paradigm that emphasise on eliminating waste and provide a greater opportunity for optimal use of resources in manufacturing process and end use. "Circular economy has great potential and can replace the use-and-throw model," he added. (ANI)

Stocks markets across Asia Pacific rattled by protests in China