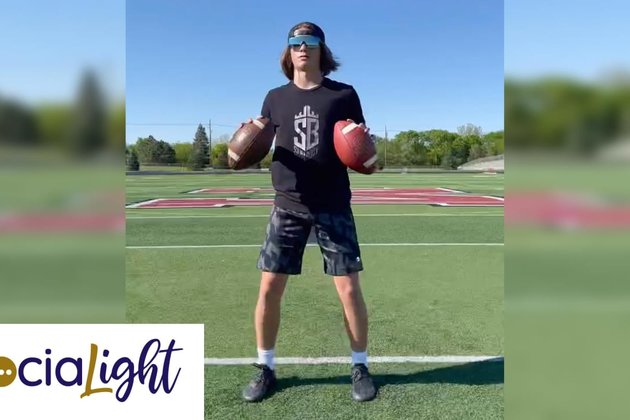 Lamar Jackson plays quarterback unlike anyone else. So it's no surprise that he appreciates someone else who does it their own unique way.

Mikey Gow is a freshman at Bellevue East in Nebraska who has gone viral with a video of him throwing with both hands. He's the ambidextrous quarterback.

Gow didn't start playing quarterback until he was in seventh grade, but he's already a varsity starter attracting attention from some of the top college programs. Gow recently visited Jim Harbaugh and Michigan, and reportedly then got calls from Iowa, Kansas State, Oklahoma State and Nebraska.

Harbaugh was the first to "discover" now Ravens rookie offensive tackle Daniel Faalele during a satellite camp in Australia. Could Harbaugh help the Ravens find their (distant) future quarterback?