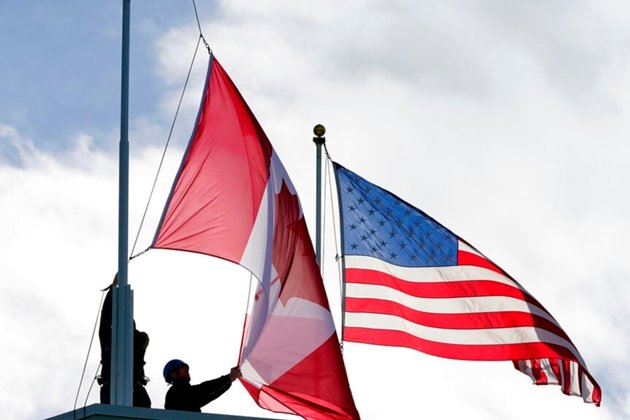 HALIFAX, NOVA SCOTIA - Canadians, quietly prideful about their relatively high rates of COVID-19 vaccination and face mask compliance, were taken aback last week when the United States declared the country unsafe and advised Americans not to travel across their northern border.

"That the U.S. government ... has placed Canada at the top COVID threat level for Americans to travel is baffling to me," said Grant Perry, who worked with pharmaceutical giant GlaxoSmithKline on Canada's H1N1 response.

"COVID is rampant across the continent, but Canada is not the worrying location," Perry said in an interview.

The January 10 advisory on the U.S. State Department website, saying bluntly, "Do not travel to Canada due to COVID-19," marked a sharp reversal of fortune after months in which Canada had fared much better than its southern neighbor against the virus.

With 78% of the population fully vaccinated compared with 63% in the U.S. and far less resistance to the use of face masks, a certain complacency - even smugness - had set in in some quarters before the arrival of omicron.

Even today, per capita caseloads and hospitalizations are lower than in the United States, but medical experts are no less alarmed by a surge of cases that is now straining the country's government-run health care system.

"Canada is currently neck deep in omicron right now and our health care system is stretched," said Isaac Bogoch, a medical expert with the University of Toronto department of medicine who is frequently interviewed by Canadian news outlets.

"There may be some very early signs that this wave is peaking in some regions," Bogoch added. "All parts of the country have some form of mitigation effort, ranging from mask use indoors to vaccine certificate required for nonessential businesses."

Canada's seven-day average of new cases peaked at more than 46,000 on January 10, the day of the U.S. advisory, and currently stands at more than 26,000. Those figures compare with previous peaks of fewer than 9,000 daily new cases in January and April 2021, according to a Google database.

The same database shows hospitalizations at about 9,700 and rising, compared with a previous peak of fewer than 4,800.

The strain has led to calls for systemic reform of the health care system, which was struggling in some regions even before the pandemic.

In the Atlantic province of Nova Scotia, there has been a crushing doctor shortage for years. Provincial Premier Tim Houston led his Conservative Party to an upset victory last year, at least in part on promises to address the health care crisis, even though the province was experiencing few COVID-19 cases at the time.

Nigel Rawson, a senior fellow at the pro-market Fraser Institute think tank, told VOA: "The current COVID situation yet again demonstrates the fragility of the health system, which normally runs at full capacity because governments insist on paring the numbers of health care providers, hospital beds and most other services to the bone, while being overburdened with administrators."

FILE - Dual U.S.-Canadian citizen Traysi Spring, right, and her American husband Tom Bakken, hold a homemade sign to welcome people heading into the U.S. from Canada, Nov. 8, 2021, in Blaine, Wash. The U.S. reopened its land borders to nonessential travel at that time after almost 20 months of COVID-19 restrictions. Now the U.S. has again discouraged travel to the north.

'They are doing their best'

Taylor James, a recovering COVID-19 sufferer living in the western city of Calgary, has a more forgiving view of the government's dilemma.

"As much as I am not a fan of any of our current elected leaders, I do think for the most part they are doing their best," said James, a truck driver who gave up his previous job as a city transit driver to reduce his exposure to the coronavirus. "The problem comes in when they try and please both sides. You have anti-mask, anti-vax on one side and pro-mask, pro-vax on the other.

"They can't win," he said. "Go all out and shut everything down and you make one group rebel. Or do the opposite and have an overloaded health care system and cause the professionals running that to leave or worse."

James believes, ironically, that he contracted the disease on a work trip to the United States.

"Can't say 100% that I caught it in the USA. However, it is very likely, seeing as how everywhere I was in Canada still had mandatory mask and vaccination mandates to enter," he said.

Strong support for Taiwan to attend WHO meeting this week

GENEVA, Switzerland: The World Health Organization (WHO) has received a proposal by 13 member states requesting that Taiwan be allowed ...

BRUSSELS, Belgium: European Union foreign policy chief Josep Borrell has said that the bloc would ensure Ukraine that it has ...

Former U.S. President George W. Bush has made an embarrassing mistake in criticizing Russian President Vladimir Putin over his decision ...

WASHINGTON D.C.: The U.S. State Department has announced the launch of a new program to capture and analyze evidence of ...

Popularity of Indonesian president sinks due to price rises

EAST JAVA, Indonesia: A tourist bus crashed into a billboard on a highway on Indonesia's main island of Java this ...

SACRAMENTO, California: In another blow to the state's push to diversify corporate leadership, a California court judge has ruled that ...

KATHMANDU, Nepal - According to the World Organization for Animal Health (OIE), Nepal has reported its first cases of African ...

SYDNEY, NSW, Australia - A reduction of the official lending criteria in China has boosted stocks on the mainland, and ...