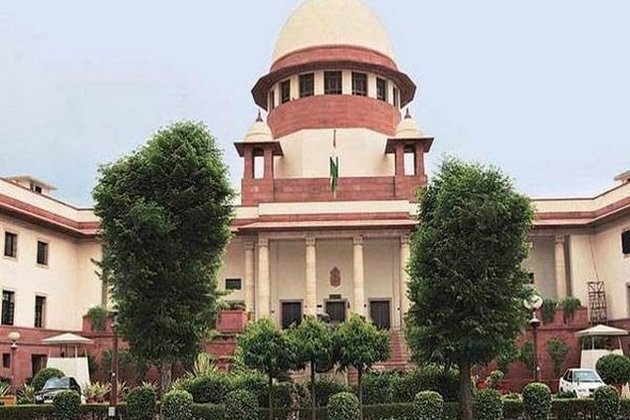 New Delhi [India], July 30 (ANI): The Supreme Court of India on Friday deferred the hearing in the Italy marines case for August 2.

A bench of the apex court, headed by Justice Indira Banerjee was hearing the petitions seeking a stay of the disbursement of compensation to the families of the two Kerala fishermen killed in the case.

On June 15, the Supreme Court had accepted the compensation of Rs 10 crores deposited by the Republic of Italy.

Out of the total amount of Rs 10 crores, Rs 4 crores was to be paid to the family members of each deceased person and Rs 2 crores to the Boat's owner, the top court said.

The apex court had in its order earlier on June 15, closed all the proceedings in India against the two Italian Marines -- Massimiliano Latorre and Salvatore Girone -- accused of killing two fishermen in India's Western coast, Kerala in 2012, after it considered the fact that the amount of Rs 10 crore had been deposited by the Italy government before it.

"The compensation amount of Rs 10 crore already paid by the Italian government, over and above is made, and is adequate," a two-judge bench of the top court, led by Justice Banerjee and comprising Justice M R Shah, in its order, had said, earlier in the last hearing.

"This is a fit case to close all proceedings in India under Article 142 of the Indian Constitution," the top court had said, in its order.

The Supreme Court had passed the order after the Central government moved the top Court court to close the case against the two Italian marines in India.

Justice Shah further in the order had said that the Republic of Italy shall now resume the criminal proceedings (against the two Italian marines). He further said and directed that the amount of Rs 10 crore, lying with this court be transferred to the Kerala High Court registry, and out of which Rs 4 crore to be paid to the victims each and Rs 2 crore to be paid to the owner of the boat, St Antony.

"We order that a judge be appointed by the Kerala High Court to ensure that the amount of compensation paid to the victims is made available to their (deceased) legal heirs," the apex court had said, in its order.

The top court had in the last hearing said, we direct the Kerala Govt, Union of India, and the Republic of Italy to ensure that the criminal proceedings against the two marines are carried out effectively in Italy.

The Supreme Court also said in its order that Italy must start criminal proceedings against the two Marines under its jurisdiction immediately and the case details and evidence will be provided by the Union of India and Kerala government to the Italy government to ensure that the case must go on against the two Italian marines.

The Supreme Court had in one of its hearings on April 09, asked the Republic of Italy to deposit the compensation amount of Rs 10 crore, with the Ministry of External Affairs (MEA).

The apex court had asked the Centre to furnish the account details of the MEA so that the Republic of Italy can deposit the money in the account, and the Supreme Court can initiate the process of disbursing the money to the victim's families.

The Supreme Court was hearing the Central government's plea to close criminal proceedings pending in India against two Italian marines accused of killing two fishermen off the coast of Kerala in 2012.

The Permanent Court of Arbitration had in July, last year, had given its decision saying that the two Italian marines - Massimiliano Latorre and Salvatore Girone -- will not be tried in India and in its judgment had ruled that India is entitled to claim compensation from Italy.

It had observed that the marines had violated international law and, as a result, Italy breached India's freedom of navigation, under the United Nations Convention on the Law of the Sea. (ANI)